I am the proud father of 3 (young adult) kids. 2 girls and a boy. I love them dearly and encourage them in any way I can. Not by imposing my choices or life philosophy on them (although I hope some of it will stick). But by trying to be a loving teacher, a caring guide. Sharing my life experience as best as I can.

Living many years in Angola and spending lots of time in South East Asia – plenty of it in Japan – has exposed me to totally different cultures and divergent views on life than those of my own background.

My parents were jewish – therefore so am I – and were both survivors of the holocaust. My mother never talked much about her horrible experiences during World War II. I always believed them both to be rather closed people. But as I grow older I tend to think that they were actually being protective of me. That’s why they didn’t talk much about the holocaust in our home.

But my dad, whom I worked with very closely, sometimes did tell me things. Kind of sharing his feelings of fear, anxiety, loneliness and of incomprehension has forged a true fascination in me for the holocaust. Up to today I fail to genuinely understand how such an abomination can have happened in the heartland of Europe. A continent at the apex of it’s cultural development descending straight into hell. Not only for the jews. But in a unique and particular way, us being the target of a genocidal policy.

What still torments me, after all these years, is how it’s possible for masses to succumb to such hateful hysteria. But even more so how cultural and intellectual elites can be seduced by fascism and racism.

“If you are neutral in situations of injustice, you have chosen the side of the oppressor“, said Desmond Tutu. That’s a standard we should be able to hold the so called higher echelons of society to, isn’t it?

My societal engagement has led me to be part of the sponsors of the Belgian holocaust museum in the Kazerne Dossin in Mechelen.

“Humanity, tolerance and brotherhood have to prevail.”

But the history of the holocaust has also taught me countless things. First of all, that our democracy is vulnerable and can degenerate much faster than one would imagine. Also, that racism and discrimination, be it based on ethnicity, religious belief, or sexual orientation, are always unacceptable. As I’m writing these words, I cannot ignore the violence currently present in the world, often committed in the name of religion. I’m not a politician and I don’t have solutions. I respect everyone’s faith. All I can ask for is ‘give peace a chance‘.

Some may have heard that about 20 years ago I overcame a very awful disease. Despite being a sportsman and living a fairly healthy life, it hit me as well. Thanks to excellent medical care I overcame it entirely (knock on wood). There’s no need for pity, as this took place about 2 decades ago. I only mention it here, so as not to give the impression of being secretive about it. I will share some tips with those of you who do encounter – and who doesn’t – a person who is suffering from a horrid disease. These are things I remember from 20 years ago. Do with these whatever you feel like. I share them here with you for your benefit.

Having been blessed with good financial tidings throughout my professional life, I have always considered it important to give back to society. As Albert Einstein said “It is every man’s obligation to put back into the world at least the equivalent of what he takes out of it.” Giving to others in need is not a matter to brag about, so this chapter will be short and it will not be comprehensive nor explicit.

There’s an area to which I have dedicated a lot of time. Time being finite, sometimes I view ‘giving’ time to an organization as being more valuable than giving money. Most of my volunteer work was related to sports clubs, especially karate. You might have read on the other page of this website that I was the president of my local Antwerp karate club for 12 years.

Within the local Antwerp community, the city where I lived for many years, I have donated large sums to several charities over the years. And I’ve helped private people in need directly, when useful.

“My drive is a strong attachment to righteousness, justice and fairness.“

That’s all I really care to say on this matter.

The diamond business is characterized by a very high degree of informal trust. Outsiders are often taken aback by the fact that high value deals – you can surely imagine that diamond trading customarily involves high

amounts of money – are sealed by a handshake and no more than the uttering of the Yiddish word ‘mazal’.

Mazal is usually used in it’s meaning of ‘luck’. In Hebrew one would say “I had mazal today” meaning “I was lucky today“. The word mazal or mazel literally means “a drip from above.” Mazal can have different connotations depending on its context, but they are all connected to this basic definition—something trickling down from above. Mazal is also the term used in Jewish mysticism to describe the root of the soul. In the diamond trade it is used as a mix of ‘luck’ and ‘congratulations’.

All of my life I’ve operated in a business where one’s word is one’s bond. There are (almost) no written agreements to seal deals in the diamond world. The trade is utterly based on trust. Therefore on reputation and on a truly ethical behavior.

Another aspect is the ethical sourcing of diamonds. During all the years that I worked in close collaboration with the Angolan government, I have seen less scrupulous competitors – literally – fly into war zones in order to buy rough conflict diamonds from brutal, local warlords. Through this unethical purchasing strategy they were often able to undercut me in the market. This is partly what drove me to the higher end of the polished diamond business. It also triggered me to become a precursor of the ‘perfect make’ diamonds. A technique through which, by sacrificing some of the potential weight of a diamond during the polishing, one obtains the highest possible luster in a stone. This ‘perfect make’ corresponds quite well to my perfectionist, purist mindset. I’ve always been attracted to the beauty of perfection and found like-minded customers throughout my years of developing my business in Japan. 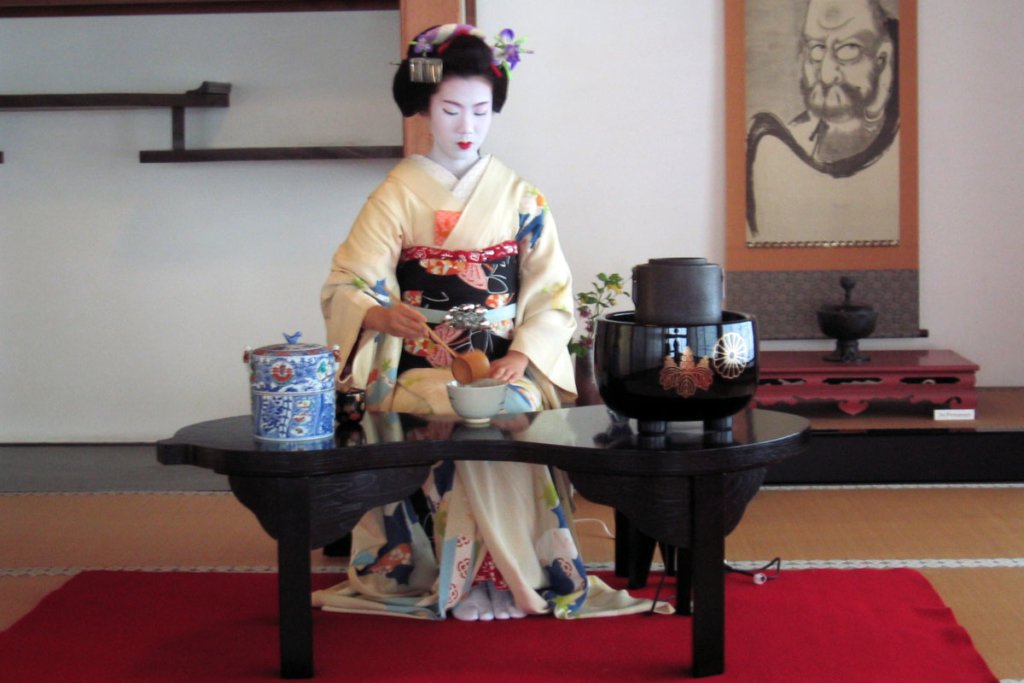 “Japanese traditional culture included the concept that people should strive for perfection in everything they did. Having spend a lot of time in Japan during my business years, while engaging in this pursuit of perfection, I learned to excel in many other areas of my life.”