These expensive necklaces will make any woman shine

What woman doesn’t love jewelry? Each piece is often more beautiful than the other. Jewelry has the power to make any woman shine and give every outfit just that little bit extra. There are countless pieces of jewelry in the world, but what are the most expensive and extravagant ones?

We dived into the world of necklaces and found some of most expensive necklaces in the world for you. Each one of them is a breathtaking necklace that will amaze you with its beauty. 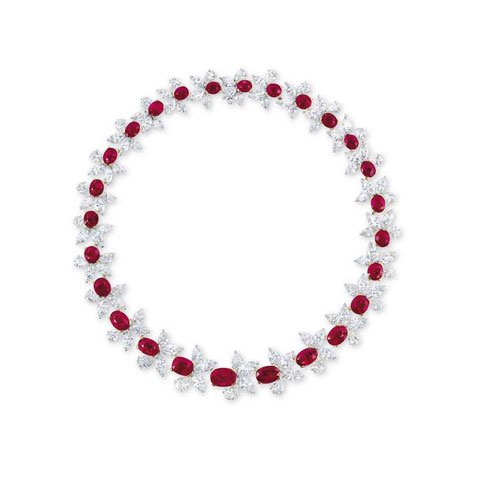 Renowned goldsmith James W. Currens has created this beautiful necklace, The Scarlet. Twenty-six blood red Burmese rubies are incorporated into this gem. The rubies range from 5 to 1 carat each.

A special feature is that each ruby is surrounded by diamonds. This makes it seem as if the rubies are the flowers and the diamonds are the leaves. The necklace is delicate and will make any woman shine. 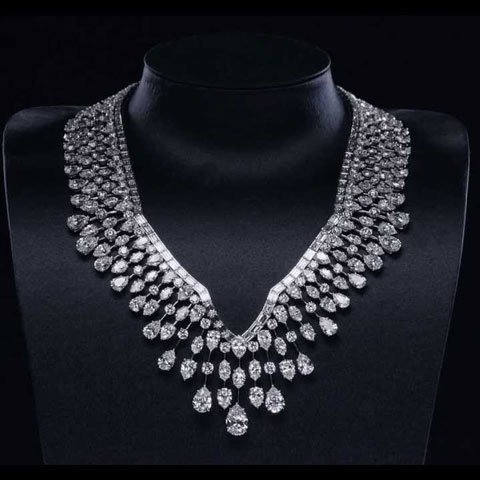 Large necklaces can sometimes come across as a bit heavy-handed, but not so with the Mrs. Winston. This necklace looks elegant and delicate, despite the many diamonds. The tapered chain falls gracefully around the neck.

In 2013, Jessica Alba had the honor of wearing this 187-carat necklace to the Golden Globes.

The three largest diamonds can be found at the bottom of the necklace. These diamonds are not only very beautiful, but their weight allows the necklace to hold its graceful shape. 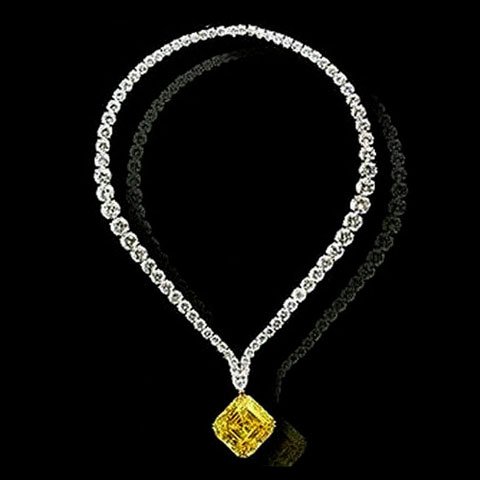 One of the most coveted diamonds in the world are yellow diamonds. The special color makes diamonds a sought-after addition to jewelry, including necklaces.

The yellow diamond in this necklace is 77 carats and found by Israeli diamond magnate Lev Leviev in one of his own mines. The diamond is one of the largest cut according to the Asscher Cut. This is a square cut developed in 1902 by the Asscher brothers in the Netherlands.

Leviev is also known as the King of Diamonds and owns diamond mines in Angola, South Africa and Botswana. Stores of Leviev can be found in New York, London, Dubai and Singapore. 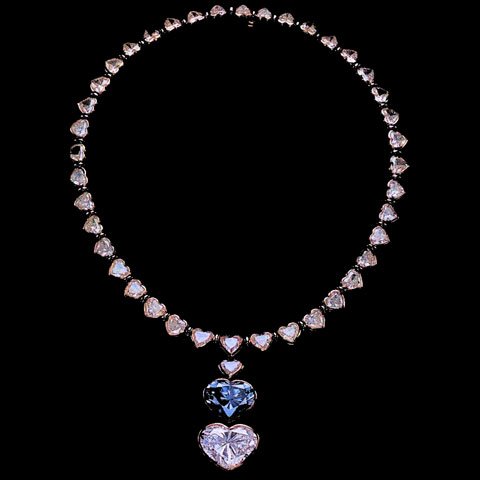 The Begum Blue is a beautiful necklace whose most striking stone is the nearly fourteen carat blue and heart-shaped diamond. It is the color of this stone that provided Blue in the name. Begum, on the other hand, is the name of the first owner of this beautiful necklace: Princess Begum Salima Aga Khan.

The princess received the necklace from her husband, Royal Highness Prince Karim Aga Khan IV. After their divorce in 1995, the princess gave the necklace to a charity. During an auction, it was sold to Laurence Graff.

Heart of the Kingdom – $14 million 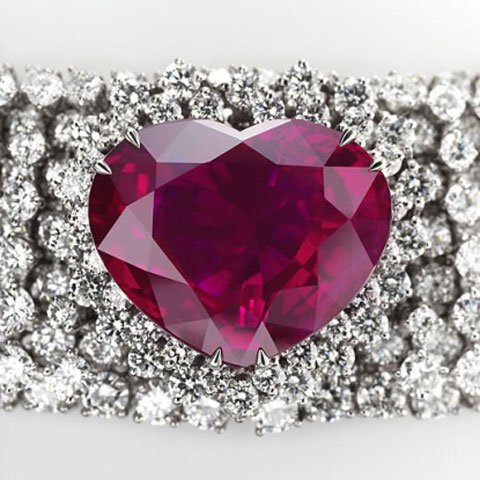 That which makes a necklace beautiful and precious are often the gemstones it contains. This is also true of Heart of the Kingdom.

This necklace owes its name to a beautiful and heart-shaped Burmese ruby. The ruby is no less than 40 carats and has a deep red color. The necklace that this ruby is part of was made by Garrard & Co. 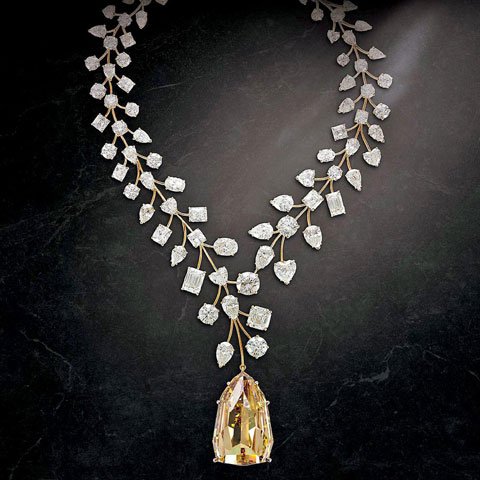 The necklace was designed by the Lebanese jeweler Mouawad. The most striking element on the necklace is of course the large yellow diamond. This diamond is the largest diamond that is completely flawless inside and is over 407 carats.

The design of the necklace is based on the organic shape of a vine. The leaves are made up of 90 white diamonds which together account for more than 200 carats. 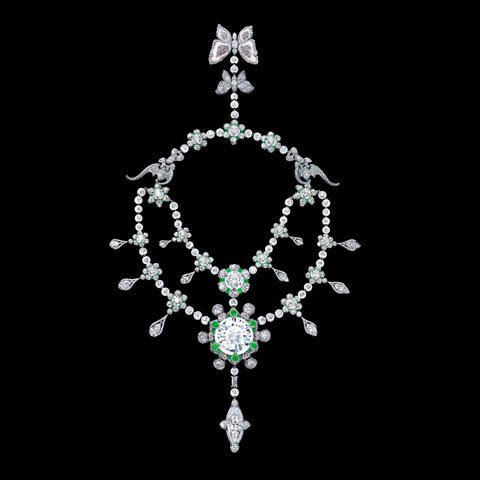 Even the words beautiful and breathtaking seem to pale in comparison to this necklace. Designed by Chinese jeweler Wallace Chan, the necklace was named A Heritage in Bloom.

This extraordinarily beautiful piece of jewelry clearly reflects Chan’s passion and love for jewelry. The most striking element of this necklace is the diamond of no less than 104 carats. In addition to this diamond, nineteen more sparkling colorless diamonds are incorporated into the necklace, as well as nearly six hundred pink diamonds and 114 bright green and 72 white jade stones. The many diamonds and stones give the necklace a weight of no less than half a pound.

In addition to being a breathtakingly beautiful necklace, the necklace is also special because it can be worn in no less than twenty-seven different ways.

You have seen that these expensive necklaces vary greatly in style. What they do have in common are the beautiful gemstones used for the necklaces. The price increases as the value of these gemstones, and often one in particular, increases.