Rio Tinto Copper & Diamonds chief executive Arnaud Soirat said: “We are delighted to announce this historic diamond at our Tender preview, a testament to the unique Argyle ore-body that continues to produce the world’s rarest gems.”

Unprecedented in size, color and clarity, The Argyle Everglow has been assessed by the Gemological Institute of America (GIA) as a notable diamond with a grade of Fancy Red VS2. In the 33-year history of the Argyle Pink Diamonds Tender, there have been fewer than 20 carats of Fancy Red certified diamonds sold.

Argyle Pink Diamonds manager Josephine Johnson said: “The Argyle Everglow represents rarity within rarity and will drive global demand from collectors and connoisseurs in search of the incomparable.”

The 2017 Argyle Pink Diamonds Tender is named ‘Custodians of Rare Beauty’ in honor of its rich provenance and honorable pedigree. The 58 diamonds in the Tender weigh a total of 49.39 carats – including four fancy red diamonds, four purplish red diamonds, two violet diamonds, and one blue diamond.

The collection comprises five “hero” diamonds selected for their unique beauty and named to ensure there is a permanent record of their contribution to the history of the world’s most important diamonds:

The 2017 Argyle Pink Diamonds Tender will be showcased in New York, Hong Kong and Perth, with bids closing on October 11. How Much for That Fancy Red Diamond? It’s Kind of a Secret.

You want details about pricing? That is when the lips draw shut. 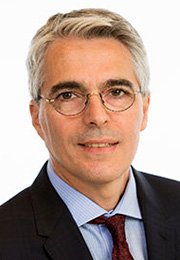 Welcome to the exclusive world of the colored diamond trade, a market where the buyer pool is slim, the supply is constricted and a carat can fetch $1 million or more.

The company brings such diamonds to market once a year, unearthing the stones from its Argyle mine in Western Australia, where it might sift through 100 tons of a rock called kimberlite to collect a single carat.

As it showcases its wares, Rio Tinto invites a select few collectors, wealthy people, dealers and others to submit sealed bids for the stones in the batch. It is a selling process that has few peers in opaqueness.

I’m going to bid way too much

Besides Rio Tinto, no one knows how much bidders offer for the stones, and the company does not report how much the winning bidders pay. Potential buyers are careful about sharing too much information. One such buyer, David Shara, said he would chase after the star of this year’s lot, a diamond called the Argyle Everglow, but he declined to reveal his offer.

“I’m going to bid way too much,” he said. “If I tell you, somebody else is going to hear, and they’ll bid a dollar more.”

Mr. Shara, 42, the owner of Optimum Diamonds in New York, has been trading in naturally colored diamonds for about 15 years. He describes himself as a “treasure hunter” but also a dealer and collector. His particular focus is on the “vivid and deep” colored diamonds, a reference to a grading scale that starts at “faint” and ends with “fancy vivid.”

Standing in front of the Argyle Everglow, a “fancy red” diamond weighing in at 2.11 carats, Mr. Shara was ebullient. In the Argyle mine’s 33-year history, just 23 other fancy reds, a designation of the depth of its color, have come out of the ground.

Olya Linde, a partner in the Moscow office of the consultants Bain & Company, said colored diamonds were “governed by a different logic” from the more typical clear diamonds. The market for them, she said, is more similar to how fine art is bought and sold.

There is some price information about naturally colored diamonds, much of it emerging at auctions organized by houses like Sotheby’s and Christie’s. The record auction price for a fancy red diamond is $5 million, paid three years ago in Hong Kong, according to materials distributed by Rio Tinto. That transaction also set the record for the per-carat price, $2.4 million.

David Rosenberg, the owner of a namesake diamond and jewelry company in Boca Raton, Fla., estimated that a one-carat “vivid pink” diamond that was round in shape and had flawless clarity would fetch about $800,000 on the wholesale market. That is more than double the price five years ago.

“These stones are definitely being spotted and people are noticing them,” said Mr. Rosenberg, who plans to participate in Rio Tinto’s current offer.

Their supply is expected to further diminish. Rio Tinto will keep the Argyle mine in operation until 2021. When it closes, naturally colored diamonds will probably become even more scarce. The mine produces 90 percent of naturally colored pink diamonds in the world, according to Mr. Soirat, the Rio Tinto executive.

Mr. Soirat said prices for the colored diamonds were rising by double-digit percentages in recent years. But asked if he expected further price increases upon the closing of the Argyle, Mr. Soirat kept his poker face.

“It’s a market,” he said, “that follows the rules of demand and supply.” 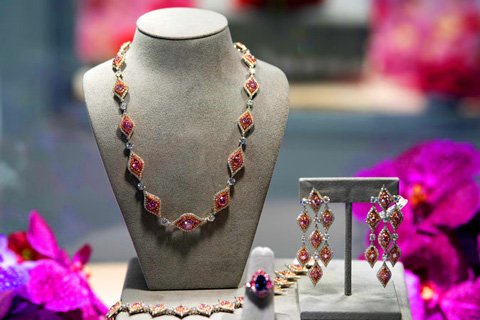