Sylvain Goldberg Omega Diamonds: “It strengthens my faith in the courts”

Omega Diamonds, it’s founders, financial experts and related enterprises walk free. Because the Court of Appeal has judged that the Belgian customs legislation – regulating the import of rough diamonds by licenses – is in conflict with European legislation.

Omega Diamonds has lived under a sword of Damocles for eight years. Due to a now rejected claim by the Belgian customs authorities, for the sum of 4.6 billion euro.

“The import of rough diamonds into Belgium is regulated by a licensing system. This renders trade more laborious. The court has now decided that the Belgian regulation violates European law, because such trade barriers belong to the exclusive competence of the European Union. The case brought to court by the Belgian customs was therefore based on illegal Belgian rules. This is why the prosecution was rejected“, Raf Verstraeten, the lawyer defending Omega Diamonds, tells us. According to the lawyer this is a “ruling of principle“.

Sylvain Goldberg Omega Diamonds: “It’s a good thing that the separation of powers prevents arbitrariness  in our country”

The court states in its judgment that the legal provisions based on which the the customs department decided to prosecute the company are contrary to the laws and regulations of Europe concerning the free movement of goods. The court estimates that customs was basing itself on an old Belgian law that has been replaced by European rules. In theory, Omega Diamonds risked a fine between 2 and 63 billion euro.

The diamond company had already signed an amicable settlement with the Antwerp prosecutor in May 2013 for the fiscal facet of the same facts. In principle, customs could have been a participant to this settlement, but the administration chose not to and went to court separately. Once more customs misses out, which they should have expected indeed.

Stake of customs in case against Omega Diamonds? 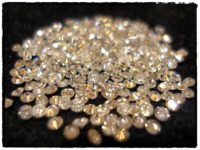 Actually even the prosecution didn’t really expect much from this procedure. “The detriment for the Belgian state due to the alleged customs fraud is inexistant. There is no import duty, vat nor excise due on the import of rough diamonds. I fail to understand what’s at stake for the customs department“, public prosecutor Paul Hannes stated during the dealings in the Court of First Instance.

These are the latest facts in brief.

To be continued. The Belgian press has covered this verdict extensively. You can read about it (in Dutch), in the following media for instance: De Standaard or de Tijd

Sylvain Goldberg Omega Diamonds: “it not only touches me as an entrepreneur, but especially as a citizen born in the city of Antwerp”