India’s much-anticipated goods and services tax (GST) took effect on July 1, drawing both praise and criticism from the diamond and jewelry industry. The tax — which Prime Minister Narendra Modi dubbed the “good and simple tax” — replaces a complex list of national and regional levies with one overriding system for taxing transactions. 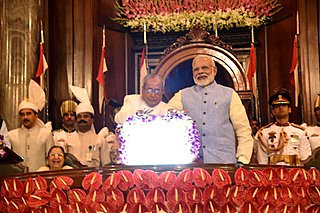 However, analysts and industry players have noted that it’s not as simple as the government promised, sparking a debate on what its benefits are.

The trade has welcomed the new 3% tax on jewelry — including gold and polished diamonds — as many feared a higher rate. However, that replaces a 1% excise duty and 1% value-added tax imposed by individual states, meaning the industry will still pay more tax than it did under the old regime.

The government also introduced a 5% tax on manufacturing, which previously did not exist, while a new 0.25% tax on rough diamonds and gemstones has met with some criticism. The Gem & Jewellery Export Promotion Council (GJEPC) has labeled the tax a “retrograde step” and says it will harm India’s position in the global market.

“It may make India’s diamond exports less competitive on the global market in terms of price, because some Asian countries, including Thailand, China, Sri Lanka and Vietnam, do not levy GST on imported rough diamonds,” Mark Gershburg, CEO of grading laboratory Gemological Science International, argued Monday.

Analysts believe the trade will bear at least some of the brunt of the tax. Jewelry retail prices are expected to rise by about 1% as a result of the new system, according to Crisil, an Indian subsidiary of ratings agency Standard & Poor’s.

The system will benefit the more organized jewelry retailers, which account for about a quarter of the industry, as their size will enable them to handle the tax more efficiently, Crisil argued.

“Better supply-chain efficiencies and enhanced transparency will provide an edge to the organized players and help them garner a higher market share over the medium term,” Bhave added.

In addition, smaller independent jewelers will be forced to keep formal accounts of their business, preventing them from engaging in common unscrupulous practices such as overstating the gold content in jewelry, the World Gold Council (WGC) said in a recent report. In that sense, the new regime represents a continued shift toward greater transparency in India’s economy, the WGC commented.

“India’s entire economy is on a rapid journey to becoming more organized and more transparent, boosting economic growth,” the group said. “This is vitally important for India’s gold market. Our econometric analysis reveals that income growth is the single biggest driver of gold demand in India.”

As the new GST goes into effect, there is still some uncertainty about what the rates are and who has to pay them. Here, Rapaport News sets out the key facts about how India’s biggest tax reform since independence will affect the diamond and jewelry industry, based on a document released by the GJEPC.

GST – What gets taxed?

GST is levied on any supply of goods or a service that involves a payment, such as a sale, transfer or exchange, or a licensing, rental or lease arrangement. The tax also applies to certain activities for which there is no payment, such as gifts to employees.

Another taxable category is “job work” — a local term for manufacturing work or other activities that a company outsources to a third party. This applies to diamond-cutting or jewelry-making work that a company farms out to a contractor. These are considered services, and therefore fall under GST.

The government has not yet clarified whether sending a stone to an office of the same company in a different state would incur the tax even if there were no final sale. Some of the wording of the GST act implies it might. This is particularly relevant, says one industry source, for the much-traveled route between Surat, a manufacturing hub, and Mumbai, where many companies’ sales and marketing departments are based. Diamonds going between the two cities cross the state border between Gujarat and Maharashtra.

GST – How much is the tax on diamonds and jewelry?

The tax rate for most of the industry is 3%. Gold, diamonds and polished gemstones are subject to this rate — an increase from a 1% national tax and 1% state taxes under the old system.

There is a new tax of 0.25% for rough diamonds and other rough gemstones.

Since announcing the new rates, the government has lowered the tax on “job work” for the industry to 5% from an original charge of 18%, following petitions by the GJEPC. This levy is on diamond cutting and polishing, as well as work on gemstones and jewelry manufacturing.

Services for customers, such as making and repairing jewelry, carry the higher rate of 18%.

GST – What about goods sent for grading?

Likewise, GST does not apply if companies with annual export turnover of about $770,000 (INR 50 million) or more in each of the past three years export polished diamonds weighing 0.25 carats or above to accredited grading organizations abroad. Sixteen laboratories are on the latest approved list, which is available at paragraph 4.74 here. These stones are exempt from tax when they return to India, as long as it’s within three months of the initial export.

Companies that send goods to display at an exhibition in another state are not required to pay GST, as this is not a “supply” of goods. The owner must create a document to accompany the goods, saying, among other things, that the items are destined to return to their place of origin after the show.

The GJEPC also talks about a type of event that is a cross between an “exhibition” and a “sale.” It is not clear what would fall into this category, but the dealer might have to register temporarily in the state where such a fair takes place and pay tax in advance, the GJEPC points out.

Goods imported from overseas for a show do not incur tax. The owner must submit a certificate issued by the GJEPC, and may not remove the goods from the venue without explicit permission. This is unchanged from previous customs rules.

GST – How does consignment work?

Re-imports of goods that a company originally sent out on consignment (or memo) may incur tax, the GJEPC warned. This is one of the cases that is not clear-cut.

Exports do not require payment of GST. Neither does supply to the special economic zone (SEZ) in Mumbai, a duty-free area in the Bharat Diamond Bourse for rough trading.