In the era of fake news and synthetic diamonds, it was a matter of time before the two would meet. They did so recently in the form of editorials in the South China Morning Post (SCMP) and on the Russia Today (RT) TV channel, which took some cheap shots at the diamond trade.

The ill-informed pieces highlight some still-prevalent misconceptions about the industry’s ethical practices. The trade should also be aware that some millennials are becoming advocates for the lab-grown diamond product — that is, if these editorials are anything to go by.

In this case, the authors didn’t get their facts right in the articles: “Diamonds and Lies,” which was a broadcasted commentary by RT contributor Tabetha Wallace; and “De Beers Is Fighting ‘Fake’ Diamonds from China, but Who’s the Real Fake?” an editorial by SCMP’s chief news editor Yonden Lhatoo.

Given the combative tone of their commentary, they’re likely to brand the DPA campaign as another example of “big diamond” telling us what to do. After all, they believe “there’s a sucker born every minute… and they keep falling for this crock of bovine faeces,” as Lhatoo wrote in his piece.

The premise of both articles is that since the trade is active in conflict areas, consumers should avoid natural diamonds. Rather, they advise, the public should opt for lab-grown diamonds, which have the same characteristics as natural ones, are ethically produced and are 30% cheaper.

Wallace’s claim that “the most prolific diamond mines are in conflict areas, mostly in war zones” is simply false. In fact, the largest volume of diamonds comes from RT’s home base in Russia, followed by Canada and Botswana, according to data published by the Kimberley Process (KP). Hardly considered war zones fueled by rebel forces, those three countries account for a combined 60% of global production by volume and two-thirds by value. Adding other significant producers where there is no question of conflict such as Angola, Australia, Lesotho, Namibia and South Africa, the number is much higher.

Today, less than 0.03% of rough stones on the market are considered conflict diamonds according to the KP’s definition. A more responsible critique would be to question whether the limited KP definition of a conflict diamond is enough to protect the consumer, as Rapaport News and this author have. The industry is certainly not perfect and has some work to do in this area. Efforts by the World Diamond Council (WDC) to update the definition to include human rights abuses and other atrocities should be supported.

At the same time, we recognize the wave of traceability programs that are being developed and other mechanisms such as the WDC’s System of Warranties and the Due Diligence Guidelines of the Organisation for Economic Co-operation and Development (OECD), which more retailers are using to ensure their supply is responsibly sourced.

Why do we even bother, Wallace asked.

We bother because tens of millions of people rely on the diamond industry for income, among them the poorest people on earth trying to make an honest living. There are an estimated 1.5 million artisanal miners digging for diamonds in Africa, and they support another 7 million people with their earnings. Advocating synthetics as an ethical substitute for natural diamonds threatens the livelihood of those diggers.

For all the criticism directed at the diamond industry — and some of it is valid — it’s also worth noting the good that diamonds do. There are countless programs that support causes ranging from a charity in a jeweler’s hometown to the upliftment of communities in Africa, as well as environmental projects. The efforts of the Diamond Development Initiative, the Diamond Empowerment Fund and Jewelers for Children are just a few examples that are unparalleled in the lab-grown space.

Furthermore, there is very little, if any, source verification of lab-grown diamonds. What are the carbon emissions of the factory at which the stone was grown? What are its labor practices? The DPA correctly notes that the claim a lab-grown diamond is eco-friendly, transparent and sourced with integrity tends to be vague and unsubstantiated. At the end of the day, can consumers be certain the synthetic stones they’re buying are ethically produced? Lab-grown producers must surely adhere to the same know-your-supplier practices that a growing majority in the natural diamond trade have adopted.

We also bother because we believe in the natural-diamond product. We believe in its beauty, and in its ability to store value. While Lhatoo is correct to point out that the resale value of a diamond ring drops the minute the consumer walks out of the jewelry store, he is well off the mark to say that “you’ll get more bang for your buck” with a lab-grown stone.

Firstly, the same devaluation will likely occur when you exit the store with a lab-grown ring. But, more importantly, prices of lab-grown diamonds are expected to decline as production increases. Unlike the earth, which has a limited supply of diamonds, factories can mass-produce these stones, and that will drive prices down in the long run.

They will not drive down the price of natural diamonds, as Wallace suggested. If anything, the lower prices of synthetics will differentiate them from natural stones. As more lab-grown products come on the market at cheaper prices, consumers will recognize the inherent value of a natural diamond. It may lose resale value as you walk out of the store, but its underlying worth is maintained over time.

Only a natural diamond has the rarity that supports its economic and emotional value. Consumers use diamonds as a symbol of love for that very reason. We all want to feel special, unique and rare, especially in our relationships, and a diamond communicates that message.

Companies in the lab-grown space are starting to realize that their negative messaging is not sustainable. A product should sell on its own merit. What lab-grown diamonds does is give the consumer choice, and it’s the role of the journalist to present the correct information to enable readers to consider their options.

In that sense, Lhatoo and Wallace failed their readers. A synthetic diamond may have the same characteristics of a natural 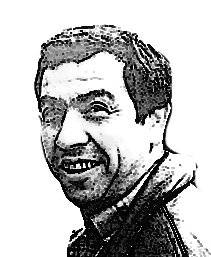 diamond, but fake news can quite easily be detected. Never should the two worlds meet.

Fake news is cheap to produce. Genuine journalism is expensive.